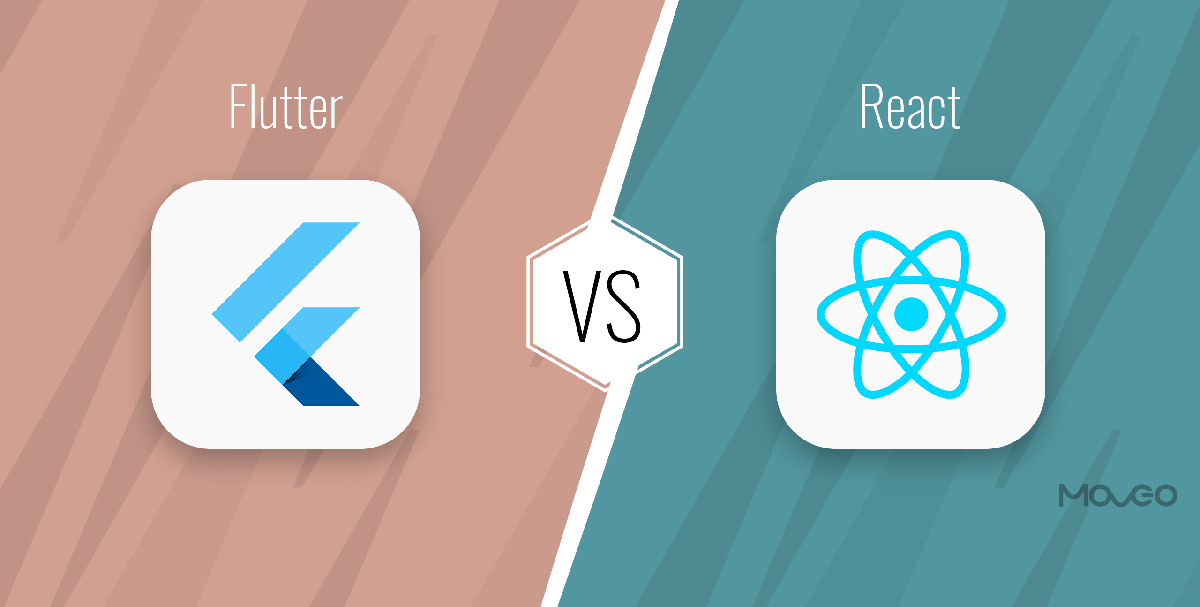 React Native began as an internal hackathon project in Facebook, in an attempt to develop a solution to build cross-platform apps. The popularity of it has taken over many older frameworks in a short period of time. Flutter was Google’s way of making native Android apps quicker, while the ability to also create iOS apps using the same code was merely a bonus. However, that is the one quality that added massive appeal to Flutter, making it a stiff contender for the cross-platform framework top spot, despite being significantly younger than React Native.

Both React Native and Flutter are currently very popular among developers who wish to create high quality native apps for both Android and iOS without spending double the time and effort. If you’re one of those, these two frameworks are a gift. However, React Native or Flutter? That is a persistent question developers spend a lot of time trying to figure out. So let’s help you find out the primary differences between the two, understand the strengths of each and assess which one is more suitable for your project.

The thing with technology is, even under the same core function, someone is always trying to make it better, faster or easier. So when developers at Google felt that there should be a way of developing native apps even faster than Java or Kotlin, they came up with Flutter. Flutter takes a lot of great ideas from React Native, and adds additional flair to it, making it an effective alternative to React Native, one that’s more refined and updated.

So let’s take a look at how both of these frameworks compare across the major areas that matter to native app development.

Both React Native and Flutter support reusable code, which means that developers can write the code once and use it on any platform. That is what makes them cross-platform frameworks. However, understandably, not all code can simply be taken from one platform to another. Parts of the code can be reused and other parts either need to be overwritten on customized to suit the platform.

Flutter allows developers to easily overwrite sections of code that need to be tweaked to suit the platform, making code reuse more effective and expedient. This makes Flutter extremely conducive to code reuse, making it a faster, more efficient framework.

React Native too allows for code reuse, but with its limits. Only a few basic components can be reused across the platforms while the rest of it needs to be written separately for each platform. Styling the elements and many other finer nuances need to be adjusted manually, making the process a little more slow and tedious.

Both React Native and Flutter have their own strengths in terms of user interface. React Native uses native UI components that allow you to build your user interface using isolated components or libraries. These libraries are vast in number with new ones being added all the time. They are versatile and make UI easy and fast. Components allow for a very dynamic development experience. Think of these components as software Legos that can be independently used to build a different structure every time.

Flutter uses what it calls proprietary widgets. They are fairly similar to components and easy to learn if you have experience with React or Angular components. The differentiating factor here is the sheer number of available widgets which is much larger at 156 standard widgets, as compared to React Native’s 40.

So Flutter provides you a bigger UI arsenal, which could be what makes you choose it over React Native. However, even with its 40 components, React Native is more dynamic and has proven itself over thousands of successful applications.

Time and again, React Native has proven that it is capable of robust performance over either platform, even as it has reduced the timeframe of the development cycle. Thanks to the code reusability and components architecture, it assembles quickly and provides native-quality performance. The apps look and feel native to your device, perform smoothly and generate rich properties like 60 frames per second without a hitch. Both memory and CPU usage for React Native apps, though higher than truly native apps, is fairly low, providing a seamless user experience on the apps.

In various tests like this and this, it has been observed that there isn’t much difference in the performance and CPU/Memory usage of Flutter and React Native. So they both provide high quality performance.

React Native has been around for much longer than Flutter, and hence has a bigger user base, more documentation, more packages and an overall higher level of maturity. It has stood the test of time and can be considered more stable than Flutter. It is supported by almost all editors and also supports hot reload. Official documentation includes everything a new user would need to know including guides, tutorials, how-to’s and more.

Flutter, though new, does a tremendous job of nailing the documentation. It uses modern architectures like Business Logic Component or BLoC, Redux/Flux and RxMarbles. Flutter has taken the best of React Native and other frameworks of the past, and really combined it all well together to form a truly modern framework.

As you might have noticed, both React Native and Flutter have established themselves as efficient and mature cross-platform frameworks. You could very well choose either of the two and build a robust app that works seamlessly on all the major platforms. What matters is what you’re comfortable with. If you have some experience of React or JavaScript, you will find React Native easy to learn. If you are completely new to this however, Flutter is the newer, edgier framework definitely worth a try.

Get expert help in choosing the right tech for your app

Are you in a dilemma about which framework to use for your app development project? Get in touch with us and our highly experienced developers will help create an app that is perfect for your business.

*We will send the checklist to your inbox and keep you updated with the latest trends and insights on app development to keep you on top of your game.
by Hiral Atha - Jul 11, 2019 Read the Post