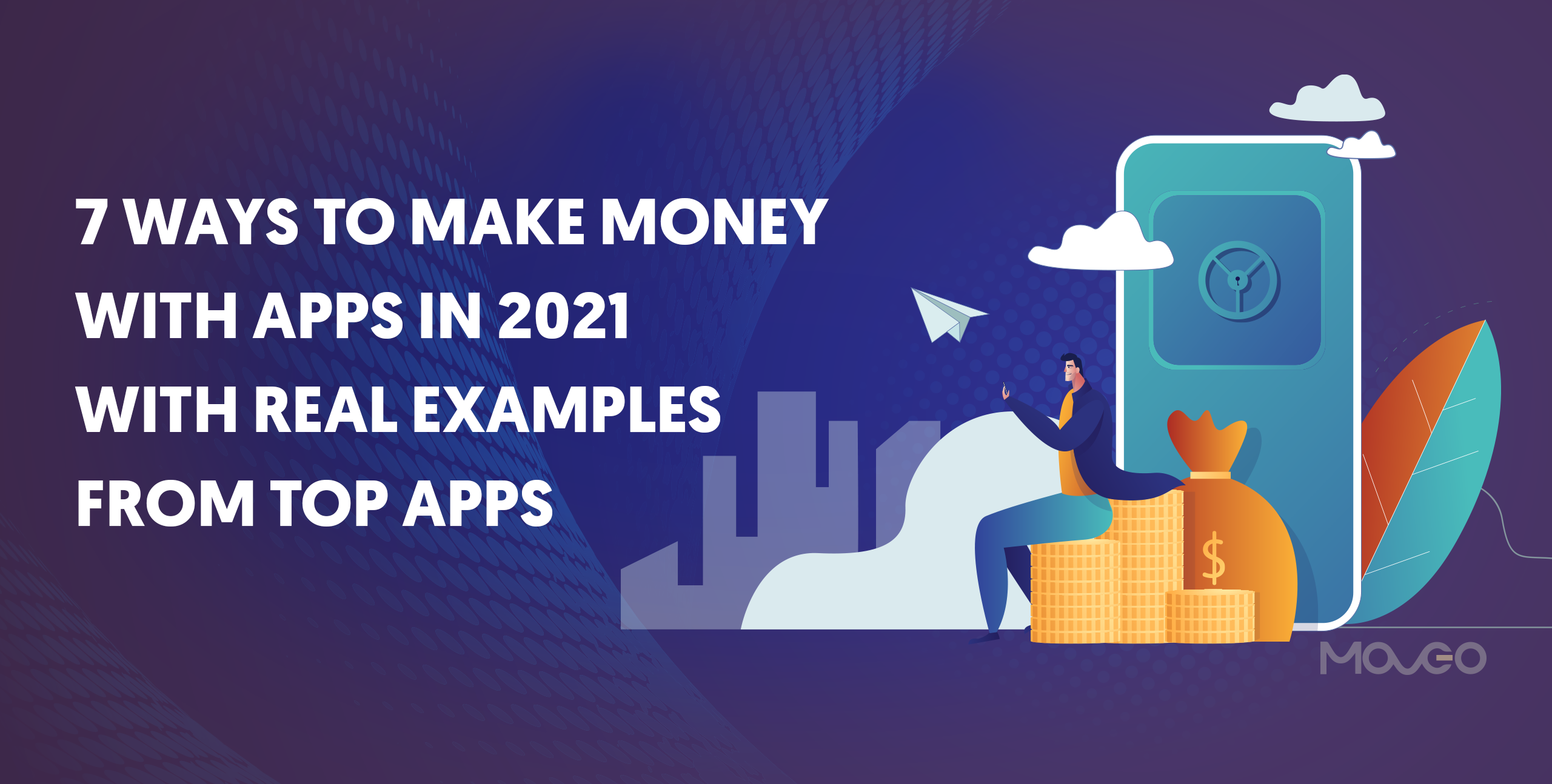 The app economy continues to grow and apps that make money continue to rise. 25% more app developers made over $2 million in 2020 compared to 2019. Anybody who says that the app market is saturated and there is no more money to be made, is probably not working hard or smart enough. Contrarily, mobile apps are making more money than ever.

Correction – the good ones are.

The time for gimmick apps is gone for sure and certain. The early years for app store were a time of app curiosity and users downloaded anything that looked like a fun pastime. Anyone still toying with those ideas is surely obsolete.

Good apps however, are not only still making money but also, users are eagerly waiting for newer innovative apps that make their lives easier.

If you have a creative way to solve a problem, there’s always room for building an app and making money from apps. 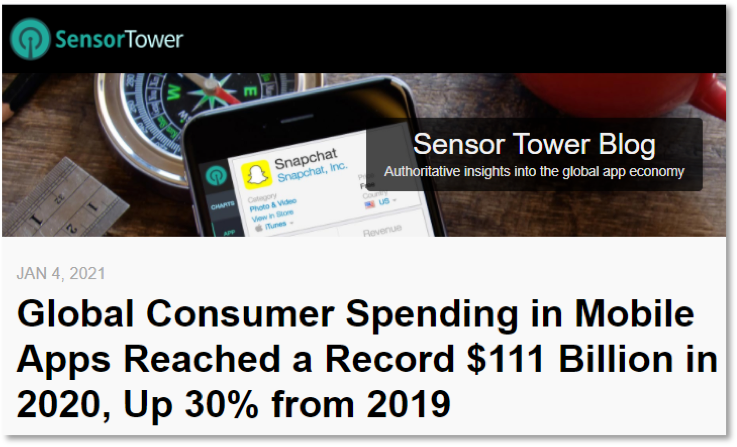 I could go on but you get the gist. Apps are making money and that’s just the truth. So how can you not fall in the trap of naysayers and instead, build an app that actually makes money?

You need to build simple but effective apps that solve very real problems that people around you face, and that’s how you’ll make money. That’s too broad though, so to get more specific, here are the top 7 ways you can make money with apps.

1. Have A Clear Business Model, Not Just an Idea

Yes, there’s a difference. An idea can become popular and be highly downloaded. But a business model is what tells you how that idea will get users to pay up.

Here’s an example. Developing a mobile payments app is a great idea. In the wake of an abrupt and massive demonetization move in India, mobile wallet apps like Paytm, Mobikwik and Freecharge acquired tens of millions of new users in a matter of weeks.

These mobile wallet apps were all however, free. They didn’t seem to have any monetization strategy.

Users sure downloaded and used them but that didn’t make the apps a lot of money. Most of these mobile payment apps are now scrambling for money, because they don’t have a very clear business model.

You must carefully know, understand and strategize your business model. You need to know just how revenue fits into your great new idea. What part of an app are you selling? A platform? A service? A product? Or ads? And that brings us to our next point – monetization.

How do free apps make money?

There are many ways to make money from apps. Some apps benefit most from in-app purchases. Others from subscriptions. You need to find one that’s a perfect fit for your business model. Here’s a quick overview of the most popular mobile app monetization strategies for 2021.

In-app advertising is the most popular monetization strategy of course. It worked for newspapers a hundred years ago. Of course it can work for your app too. Mobile ad spend is increasing tremendously and if you can gather enough downloads, your app can make money through in-app ads.

This applies to apps that offer their core-service for free and certain add-on features that can be bought at a price. These are optional and hence, do not deter the free users of the service, keeping your download statistics high. At the same time, if you’ve earned your users’ trust, they’ll be happy to pay for the add-ons.

This model usually works for games but some other categories too have used this monetization strategy for making money from apps.

Offering the core functionality for free and charging a subscription fee for a more feature-rich version with added benefits is called the freemium model of app monetization. Examples include Tinder Gold Subscription, Spotify Premium and more.

With the advent of online streaming apps like Netflix, Hulu and Amazon Prime, the subscription economy has soared in the last 5 years. The business model is fairly straightforward. Pay a monthly fee and enjoy unlimited services of the app.

The subscription model is one of the hottest trends in app monetization and a highly sought after way to make money from apps because it gives you a steady flow of revenue month after month.

To be able to pull this off however, you must focus on creating a steady stream of high quality content for your users. It is a lot of work but the rewards are gratifying.

3. Your App Must Solve a Real World Problem with Amazing Technology

No, you don’t necessarily need a ground-breaking, earth-shattering, wheel-reinventing kind of idea to create an app that actually makes money. A decent idea that uses simple design with creative technology to solve everyday problems with an elegant solution is adequate.

What you really need is a good solution to a genuine problem. You need to develop an amazing new technology that gets things done easily. You need to either push your coding skills to the limit or hire the best coders for the job.

People can download fart sound apps for fun, but nobody pays for those. Fancy ideas are entertaining, but to really create profitable apps, you must solve problems masses of people face fairly regularly.

All these apps didn’t need to invent any products. Or even invent opportunity for that matter. They just needed to identify it. However, the idea “Let’s make an app that can get you a taxi from your phone” wasn’t enough. The mountain of technological vision, business acumen and scrolls and scrolls of excellent code are what made Uber what it is. In the end, investing in technology and building a great team are what make an app a successful business with real earnings.

Pay attention to the simplest problems in life. Now find a solution that is elegant and easy via an app. There you have it – your simple answer to the burning question, how to make money creating apps.

4. Plan for a Profitable Exit

How does WhatsApp make money?

Everyone around town has asked that question a million times and yet, no answer. Despite the $1 charge after the first year (which hardly anyone paid), WhatsApp didn’t seem like it was making any money at all. Until, Facebook bought WhatsApp for $19 freaking billion.

Salesforce bought Slack – the much loved messaging app for workplaces –for a whopping $27.7 billion in stock and cash.

Those may be some over the top examples, but there’s a consistent history of tech giants buying smaller innovative apps for glamorous amounts.

All these are just the tip of the iceberg when it comes to smaller apps being bought out for humongous amounts by bigger companies.

If you feel that there’s no space for your little new messaging app in the world because there are already players like Facebook killing it, take the example of WhatsApp and Slack. They went on to create a clout that wasn’t just a valuable acquisition for Facebook and salesforce but also, a potential competitor that they’d rather have with them than against.

Founders of these apps didn’t need to compete with the likes of Google and Facebook. Instead, they just focussed on creating a good app and managed to secure hugely profitable exits.

The apps they created made enough money to sustain their business or even pursue entirely new businesses.

5. Double Down On User Research

Trust me, it has happened to all of us. We think it is a great app idea just because it’s our idea. But you really need a ton of user research to make sure there really is money earning potential in your idea.

Another big reason you need copious amounts of user research is that research gives your execution the right direction.

User research shows how people react to your idea. Prospective users answer your survey questions, give their suggestions and tell you if they’ll be willing to pay for your app.

In later stages of testing, they use your prototype and you get to observe how real paying users will use your app. This research exposes friction points, areas of improvement, problems in navigation and much more, allowing you to fine tune every aspect of your app to perfection.

All this knowledge is feedback gold that will help shape and chisel your app into something truly useful and profitable.

6. Focus on Design and UX

Making your app look good doesn’t mean using pretty backgrounds and high resolution images. What is means is that your app needs a good design that balances ease and simplicity with sleek and beautiful visual assets. Everything from the font to buttons must look sharp, modern and trendy.

Users view mobile apps as not just tools, but an extension of their personality. So when choosing between you and your competitors when the service and benefits are nearly the same, the design can become a decisive factor.

User experience is a different beast altogether. Anytime you save the user a click and a type, your chances of retaining the user increase. That leads to repeat visits, more sessions and more business.

Derivatively, every time you make the user work harder to get what they need, you stand the chance of losing them. So work hard on your UX design. Follow all the best usability principles. Conduct multiple rounds of iterations. Declutter and keep it sophisticated. That is how you end up with an app that makes money while you sleep.

There is no alternative to effective marketing, especially in the business of apps. You certainly cannot expect to just build it and let them come.

App Annie’s State of Mobile 2021 report revealed surprising app statistics about discovery and engagement. Despite spending 4.2 hours a day in apps, the average user has few ways to actually discover good apps. 37% respondents stated that family and friends are their primary source of information on new and useful apps.

Advertise in the right places. Research and find out websites or forums your customers frequent and promote your app right there.

Try to get included in featured lists an editor’s pick sections of the app stores. Double down on app store optimization.

Those are some extremely effective ways to get your apps noticed by the right people. Done well, these techniques will help you make more money with your app by giving it the publicity it deserves.

There’s always room for a good app. There’s always a way to make money with apps. Moving into 2021, consumers are more willing than ever to adopt app based solutions wherever they can. This opens the doors wide to increased app revenues and the potential to make loads of money by creating apps. The ultimate secret is quality. If you follow the above mentioned guiding principles, you will create an app that makes money simply because it brings value to the users and makes their lives easier. No tricks, no gimmicks. True high revenue apps are apps that help the user, period.

Looking to build profitable apps using all the above principles?

Get in touch with our app experts to discuss your ideas and help them attain their true potential.

*We will send the checklist to your inbox and keep you updated with the latest trends and insights on app development to keep you on top of your game.
by Hiral Atha - Feb 28, 2021 Read the Post