5 App Categories Poised to Take Off 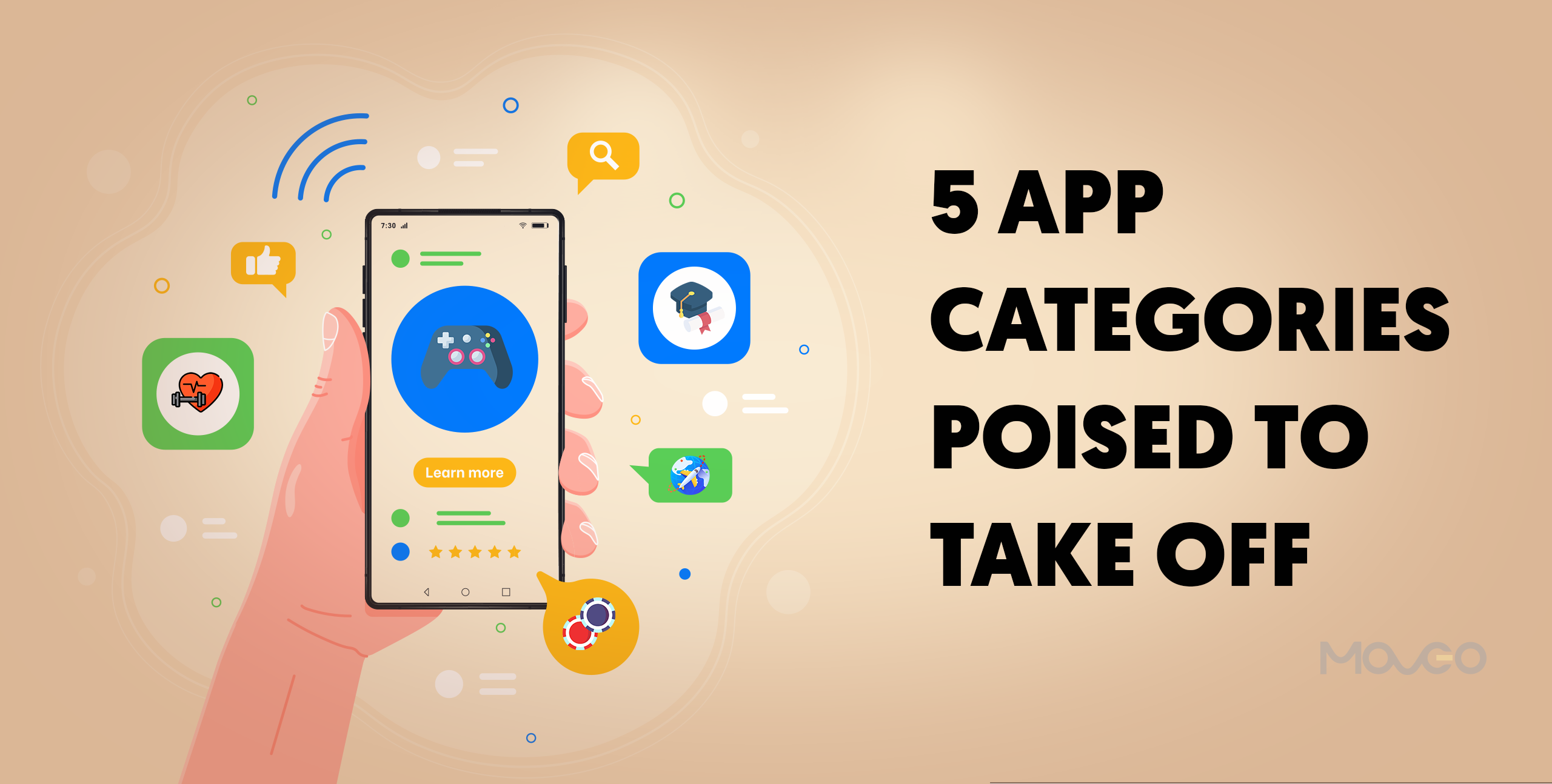 It’s funny to think that just a decade ago, few of us knew what an app was. Now, they’re a staple of life, and something we can’t imagine living without. Our entire communication systems are made up of apps, and these little pieces of software that make life so fun and…digital…are set to make a bigger impact in the next few years. Buildfire.com found that around half of the people in the U.S. open an app at least 11 times in a day in 2021, while there was a 45% jump in app use from 2016 to 2019.

So, we can be pretty sure that apps will continue to grow, and integrate with our lives in the coming years. But which app categories are set to take off? To find out, we’ll take a look through the augmented reality and gaming industries, delving into everything from poker and travel to health and fitness.

Games in general take up a large portion of the apps we use today. From car racing to shoot-ups, the gaming industry is enormous. But it’s about to get even bigger. Google was forced in a lawsuit to make public some of its plans. In the next few years, the tech giant is expected to become a major player in the games market. What’s more, their idea is to unify the different platforms, so that its games can be played across Apple, Android and other phone systems. Given Google’s penchant for cutting edge technology, expect to see a boom in augmented reality and virtual reality software that’ll take you inside the game like never before.

Despite its tremendous popularity, travel occupied just 3.8% of the app market in 2020, according to our previous post on Moveo Apps. Its low number might be down to Covid restrictions. With countries opening up their borders, expect travel apps to rocket in the next few years. Advances in virtual reality will even allow you to thoroughly check out your hotel or lodging as though you were there. Perhaps, one day, the technology will be so lifelike that you won’t need to leave your room… you’ll just sign in to your travel app, and away you go.

People are becoming more conscious of their health, after running and jogging took off in lockdown. Quite frankly, it was all anyone could do. As a result, the industry has grown to extraordinary heights. We imagine health & fitness apps will grow in the coming years, as we continue to learn and understand more about the best routines and diets to keep us in good shape. Imagine the effects of virtual reality. You won’t have to leave your house to go to the gym (which seems a little… well, not in the spirit of working out, but it’s the future).

The frenetic card-dealing game has its roots in 10th-century China, and is a descendent of a Persian card game from the 1500s. In the 20th century, it became the go-to game in Las Vegas casinos and high-stakes poker rooms, before morphing into the digital world, and taking the app market by storm. There are of course already many poker apps, but real-money online poker is slowly returning to the States. As of this writing, Poker.org lists just five states that support legal online poker: Nevada, New Jersey, Delaware, Pennsylvania, and Michigan. However, with more states considering the matter, don’t be surprised to find poker apps hitting the top of the lists across the US in the near future.

It’s not all fun and games, you know? Education already takes up a big chunk of the app market. And that’s got to be a good sign. Each year, schools and other educators are getting to grips with the tech. They’ve had to put up with naughty pupils surreptitiously tapping keys beneath their tables for years. And if you can’t beat ‘em, join ‘em. Maybe the growth in educational apps will actually put some children off seeing the phone as a rebellious use of their time. Or maybe, just maybe, learning will start to seem cool.

*We will send the checklist to your inbox and keep you updated with the latest trends and insights on app development to keep you on top of your game.
by Hiral Atha - Sep 28, 2021 Read the Post