Top 13 Mobile App Development Trends for the Year Ahead 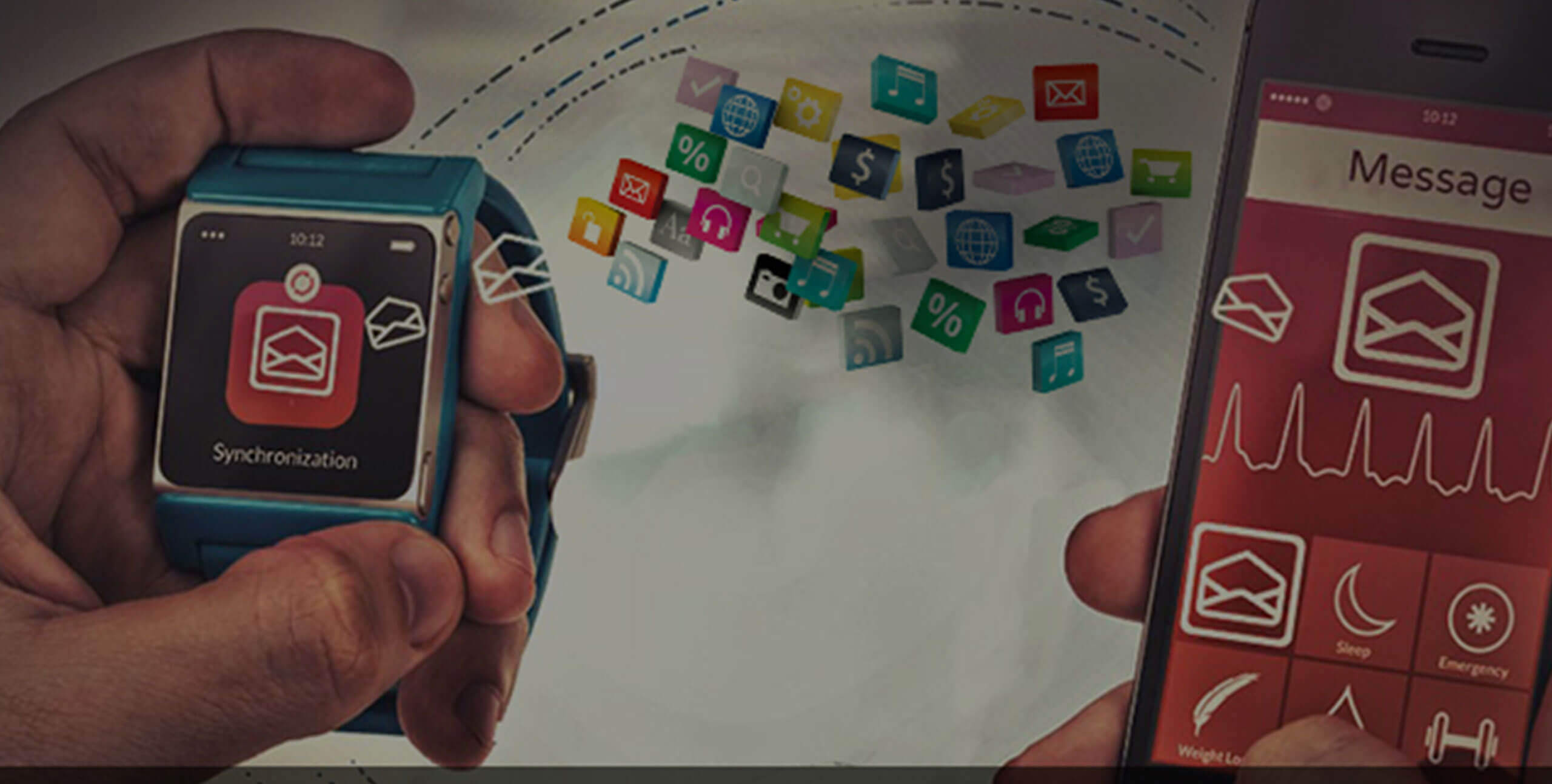 Whether it is hailing a cab, saving notes, ordering a pizza or shopping online, what is the device you instantly reach out for?

Your smartphone! It’s your friend in need and plays an integral role in how you look for information and make daily tasks simpler.

Mobile technology is growing at the speed of light; and we cannot deny that mobile apps have become an integral element of the digital ecosystem.

In fact, they are on their way to becoming omnipresent.

So keeping up with mobile app development trends isn’t an option anymore. It’s the order of the day.

Let’s take a deep dive into the top 13 mobile app development trends that will shape the mobile ecosystem in 2015.

1. The Battle of Champions: iOS and Android will become More Aggressive

Both Apple and Android have an almost overpowering presence in the mobile OS market; in 2015, we will see both the iOS and Android entrenching themselves further in not only mobile markets across the world, but also the psyche of mobile users. The battle between these mobile OS leaders is set to get more ferocious this year, which is essentially good news for developers. Get set for the launch of next generation features that aim to take app UX to fantastic heights.

Let iOS and Android fight it out. Its developers and end users who will reap the benefits!

2. The Shift Towards Hybrid Apps

In recent years, HTML 5 has evolved in leaps and bounds and for the better. 2015 is all set to be the year, wherein this platform will be used by a significant number of developers for creating hybrid apps.

And in all probability, this will lead to a decline of native apps for obvious reasons.

The biggest advantage of a hybrid app is that it combines the best of both worlds: native and web apps. Another great benefit is that even with limited resources, you can quickly launch a hybrid app on multiple platforms, which is not the case with native apps.

You must have come across plenty of websites using parallax scrolling to good effect. The two main reasons that make it so appealing include:

This year, we will witness mobile app designers using parallax scrolling as a primary interactive element on their mobile apps, for offering a more intuitive and appealing user experience.

4. Wearable Technology will be the Future

Wearables have been making a lot of noise in the digital world lately and for good reason. They are the next frontier as far as portable devices are concerned. And this year, the wearable revolution will move beyond Google Glass, Samsung Galaxy Gear and Apple Watch. Wearable technology will explode with a variety of wearables including those focusing on healthcare and fashion.

Like in the case of smartphones, the wearables landscape is fragmented and as things stand, it will continue to be fragmented. But, potential users need not worry. The big players in this niche like Apple, Samsung and others are already trying to go one up over each other to improve wearable technology and make it more appealing for developers and end users alike.

In 2015, you will see wearable technology going mainstream.

2014 was indeed a big year for mobile payments and things will continue along the same line this year.

The release of Apple Pay has been nothing short of monumental and moving forward, it will definitely change the way financial transactions take place across the digital world. Samsung played catch up with its very own Samsung Pay and now other mobile payment apps such as Wal-Mart’s CurrentC and Android’s Android Pay are expected to be launched within this year. Payments using these mobile apps will become much simpler and safer.

Companies such as TripAdvisor and Hipmunk are using customer facing enterprise apps to improve their bottom line; this trend is all set to continue in 2015, in fact we are all set for exponential growth in the market for enterprise apps.

But, it’s not customer facing apps alone that will see crazy growth. We will be seeing more and more enterprises incorporating the use of employee centric enterprise apps to improve efficiency and productivity.

Such apps will play a major role in increasing employee proficiency. Enterprise apps are already playing an important role at work by offering micro-moments of productivity.

Mobile devices will not be limited to being smartphones. They will be able to connect with multiple devices and act as remote controls that operate smart appliances. You could use your smartphones to optimize the use of your home appliances or some other ‘smart’ equipment.

The driving force of the internet of things will be mobile apps that act as a bridge between your smartphone and various items embedded with electronics, software or sensors, allowing you to control them.

8. Mobile App Advertising will be Prime Focus of Monetization

Amidst a plethora of new apps, the digital industry has been dealing with the persistent challenge of app discovery.

But this year, there will be a lot of key innovations and tech solutions for mobile app advertising. According to a new study from research firm Juniper Research, in-app advertising spend across all mobile devices will reach $16.9 billion by 2018.

What will be the key driver of mobile app development in 2015?

The answer is – User Experience.

Experience design will sink deeper into apps. With more and more apps being released on the various app stores daily, competition is getting tougher; therefore app user experience will be more critical than ever. Analytics data will play a major role in helping app developers create better user experiences.

10. App Store Optimization will Continue to be King

Mobile App marketing techniques continue to evolve YOY. Marketers have understood the importance of organic users as opposed to users acquired through paid channels. Similarly, they have also understood the role of App Store Optimization (ASO). In 2015, marketers will be focusing more on organic users and ASO will continue to be an important factor in making an app successful.

This year, will witness fierce competition between mobile messaging apps and social networks. In fact, according to data by BI Intelligence, these apps might probably eclipse social networks in terms of popularity and usage.

Messaging apps have high penetration and daily usage so there is every change they are going to win the battle for consumer perception.

2015 will see the rise of biometric security systems in smartphones. Thumb impressions and retina scanners are expected to be widely used as alpha-numeric passwords and pattern locks become a worn out option.

GPS is notoriously unreliable when it comes to in-door mapping. And this is where Beacon and location based Wi-Fi services come in. These services have been getting a lot of attention lately and people are increasingly curious about how Wi-Fi and beacons play together in indoor locations. This year more businesses will implement such Beacon and location based Wi-Fi services in their apps.

Apple has already made headlines by introducing iBeacon.

These services will open a new world of possibilities for location awareness and countless opportunities for interaction with potential customers.

Mobile devices will continue to be a pervasive and ubiquitous platform. Mobile apps have an instrumental role to play in the digital landscape. So stay tuned to see how these trends shape the mobile industry.

*We will send the checklist to your inbox and keep you updated with the latest trends and insights on app development to keep you on top of your game.
by Hiral Atha - Apr 15, 2015 Read the Post