How to Reduce Your App Development Cost Without Compromising on Quality 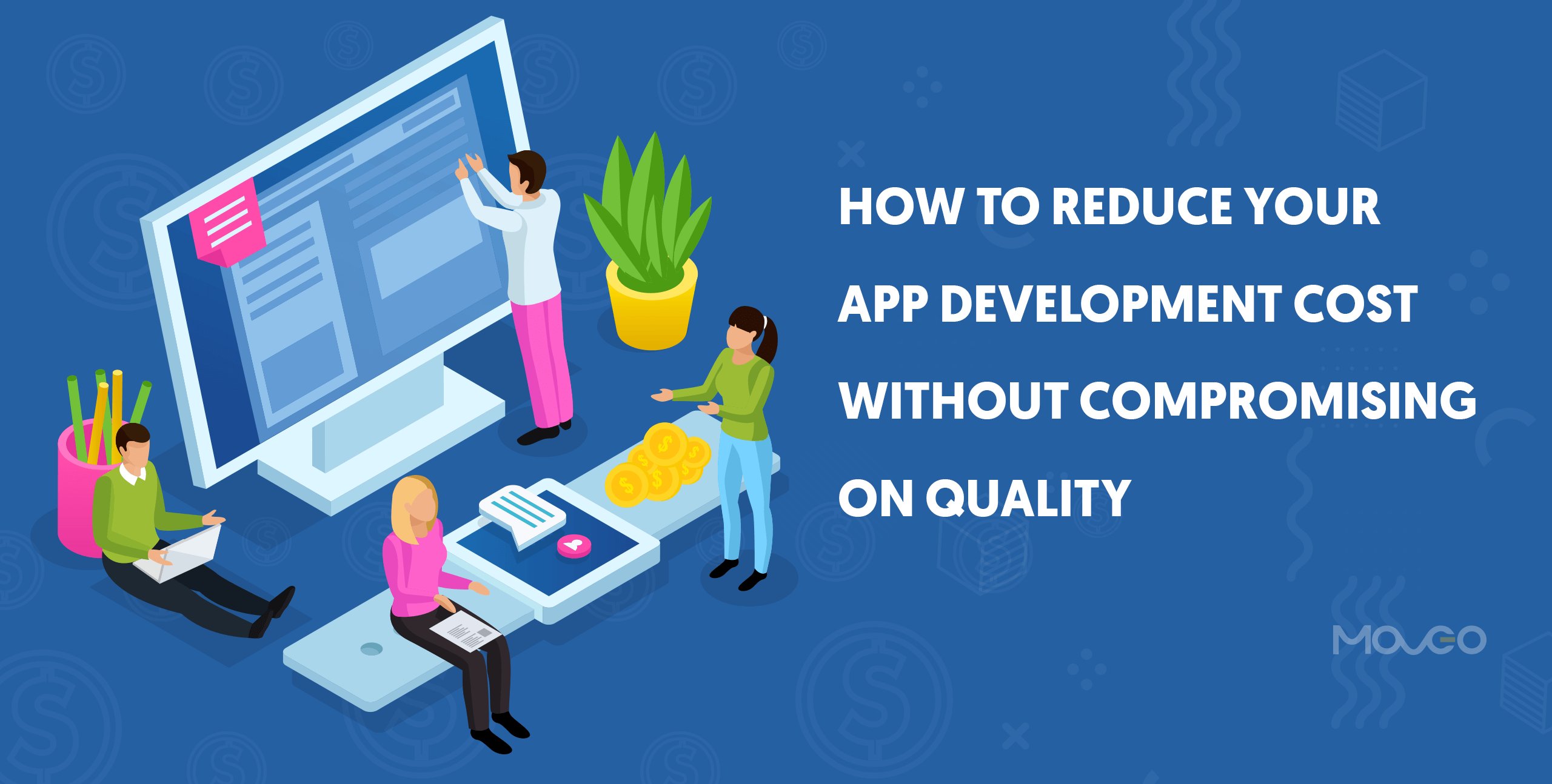 The best app, like everything useful, comes with high costs. And experts say that you must spend to
get something worthwhile.

Management of anything requires careful planning. Planning an app development involves comprehensive research on the targeted audience, their likes, etc. Ultimately the users will decide the success of your app, and so they are the first thing to consider before you develop an app!

Also, research your competitors. Who is making similar apps? What features have they included, and what are the challenges they are facing? This will help you evaluate whether you are providing something distinct. Only if you can bring something different to the app stores, you should develop the app; else, you will incur costs with no RoI.

Once you are sure that your app offers something unique, you have to start planning the how’s and what’s of development. Effective planning depends on how well you have documented the requirements of your app.

If you have planned well, you can reduce the costs of trial-and-error. You can also focus on quality matters right from the planning stage, to prevent losses later on.

Planning should lead to a budget that helps prevents useless expenditures. Also, estimate the time that will be needed for app development.

Most of the time, an app fails as it doesn’t meet the expectations of the client. This is a huge loss to the app development company that has spent considerable time and resources on the development. And, this is often followed by the time and costs of modification or correction. To prevent such costs, app developers are now building interactive prototypes of their apps before they start developing the app. These prototypes give a reasonably good idea of the features, navigation, and UI/UX design of the app.

The prototype acts as a blueprint for both the developer and the client to test if they are on the same page! The prototype is reviewed by the client, who can suggest modifications at this stage.

Though making an interactive prototype has its costs, it can reduce app development costs later. Without a prototype, the client would seek modifications on the final app, after a lot of time and resources are already wasted on the development of the app.

With tools to build interactive prototypes such as Adobe XD, Atomic, Figma, etc., it is not very difficult to create real-like prototypes. So, never avoid prototyping before app development!

Developing apps for two different platforms is costly. But, as your users are scattered across the platforms, you don’t want to lose the opportunity of business from any of the platforms.

The best way to reduce app development costs while still launching the app for both iOS and Android is to build cross-platform apps. Building cross-platform is just the right use of technology and experience. It is a common and preferred practice now.

Though some developers believe that cross-platform app development is costly, the costs are less than targeting two different platforms with separate apps.

You have to bear huge losses if the app that you have developed after spending so much time and resources, fails in the market. So, why not launch a basic app initially?

The concept of launching a minimal viable product helps test the response in a real market setting without having spent vast amounts on building a complex app. And, you can continue to add features in updates, even after launching your MVP app. Even

Facebook has evolved over time, so can your app!

As your app goes to the app stores and users start using it, you can rely on in-app feedback to assess the user response to your app. Then the further updates are released, which are more comprehensive. So, MVP is also a quality control technique that saves considerable costs and adds quality to your product after each stage of live testing.

Launching an MVP is a critical decision as you have to choose only the most useful features that will help you engage more users. This involves listing the features as desirable or mandatory and then developing the latter in the first release. MVP saves the initial time and costs of app development. Moreover, since you have tested the MVP in the real market, you are almost sure that the costs of the updated product will be worthwhile.

The experienced app developers are well versed in techniques of cost reduction in mobile app development. So, if you don’t have the right expertise for the development of the app, better outsource it!

Outsourcing has many advantages. As an app development company, you can’t go for hiring new developers for every new project that requires expertise in a specialized domain. And, training the existing developers is time-consuming as well as costly.

Outsourcing is a great way to delegate what is difficult for you to achieve. This gives you time and resources to focus on your core competencies.

So, choose an app development partner who has the technical and functional expertise in developing the app that you want. For example, if you want an AR-empowered app, select an outsourcing partner that is experienced in AR app development. And, don’t forget to check their reviews and take feedback from their past clients.

Offshore development and outsourcing are prevalent app development trends, as they are cost-effective.

Philip Crosby, the contributor of the Zero Defects theory in management, says that the cost of quality is the expense of doing things wrong. So, by doing things right, you can considerably reduce app development costs and yet not compromise on quality.

*We will send the checklist to your inbox and keep you updated with the latest trends and insights on app development to keep you on top of your game.
by Jin Markov - Mar 20, 2020 Read the Post