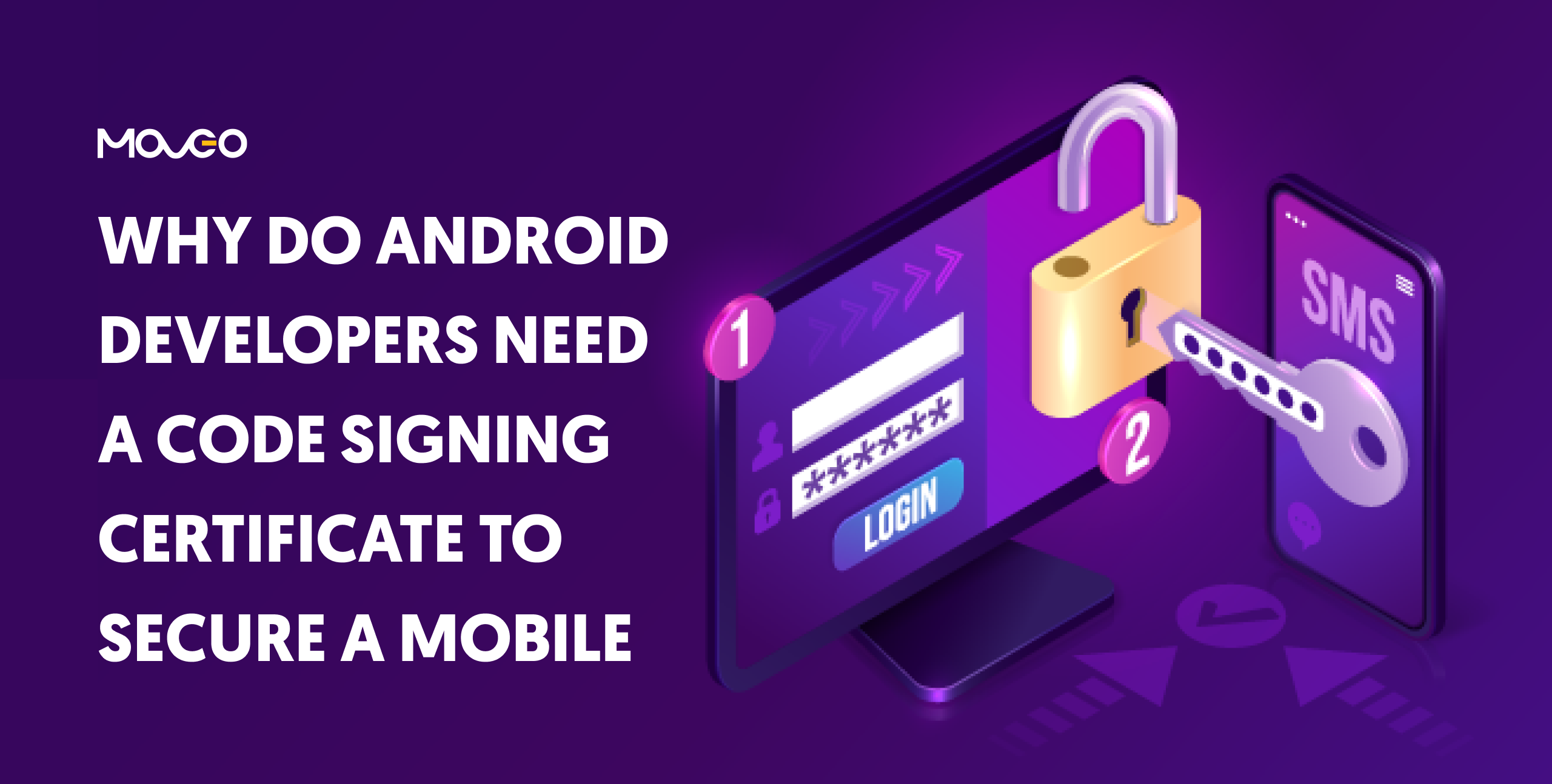 The increase in smartphone usage is why android development is a lucrative career and venture. Ever wondered how many people use smartphones today? According to figures from Statista, the number of smartphone subscriptions has surpassed 6.5 billion. Statista projects this figure to grow to 7.6 billion by 2025.

One operating system that has been dominant in the smartphone development industry is the android operating system. As of August 2022, android was controlling a 70% market share of the mobile operating system market. And because android is loved by billions of global users, ensuring code safety is a critical aspect every developer should consider.

What is A Code Signing Certificate

How Does a Code Signing Certificate Work to Secure Android Apps

With the surge in malware attacks targeting android users, android app developers have a role to play in ensuring that their apps are safe from such threats. It is important to understand that attackers execute these attacks by inserting attack codes in legitimate android apps. The attack code will then be introduced in the market to execute all sorts of damages to unsuspecting app users. The consequences of malware infiltrations can be highly devastating on the side of both the app user, developer, and owner. They can lead to data losses and other financial damages.

App store services like Google take the issue of app security seriously. They do not entertain insecure android apps in their app stores. Android applications that do not have a valid Code Signing Certificate will be barred from featuring in Google’s app store. What is the point of spending enormous resources and time to build an application that cannot feature in app stores?

The certificate helps to convince users that the app they are about to download is genuine and from a genuine source. Therefore, app users are more inclined to download an application with a Code Signing Certificate than without the certificate. As a result, the app enjoys perfect penetration and increased app downloads distributions, and revenues. Concisely, although indirectly, a Code Signing Certificate helps boost revenues and investment returns.

Code Signing Certificates come with a time stamping feature. This element ensures that the certificate remains valid even after the Code Signing Certificate’s expiration date is elapsed. With the certificate, app owners and users do not have to worry about the security implications of the expiry date. Users can still enjoy all app security benefits even when the expiry date has elapsed.

Which Code Signing Certificate Is Good for Your App?

There are several Code Signing Certificates available on the market. However, before you make your pick, it is essential to consider several factors. For instance, you should look for the availability of the time-stamping feature, ubiquity considerations, and unlimited signing with one certificate, among many other considerations. Here are some of the Code Signing Certificates you can consider for your android app security needs:

The surge in smartphone usage has provided a lucrative spot for android developers to develop all kinds of applications for different purposes. However, developers are not the only ones who have seen the opportunities provided by the increase in smartphone and android popularity. Cyber attackers are also in the mix. They target unsuspecting apps to steal users’ sensitive data and commit unmentionable crimes. Which is the Code Signing Certificate comes in. This article has explained what a Code Signing Certificate and its importance is.

*We will send the checklist to your inbox and keep you updated with the latest trends and insights on app development to keep you on top of your game.
by Hiral Atha - Sep 9, 2022 Read the Post