6 Trends That Will Shape Mobile App Development This Year 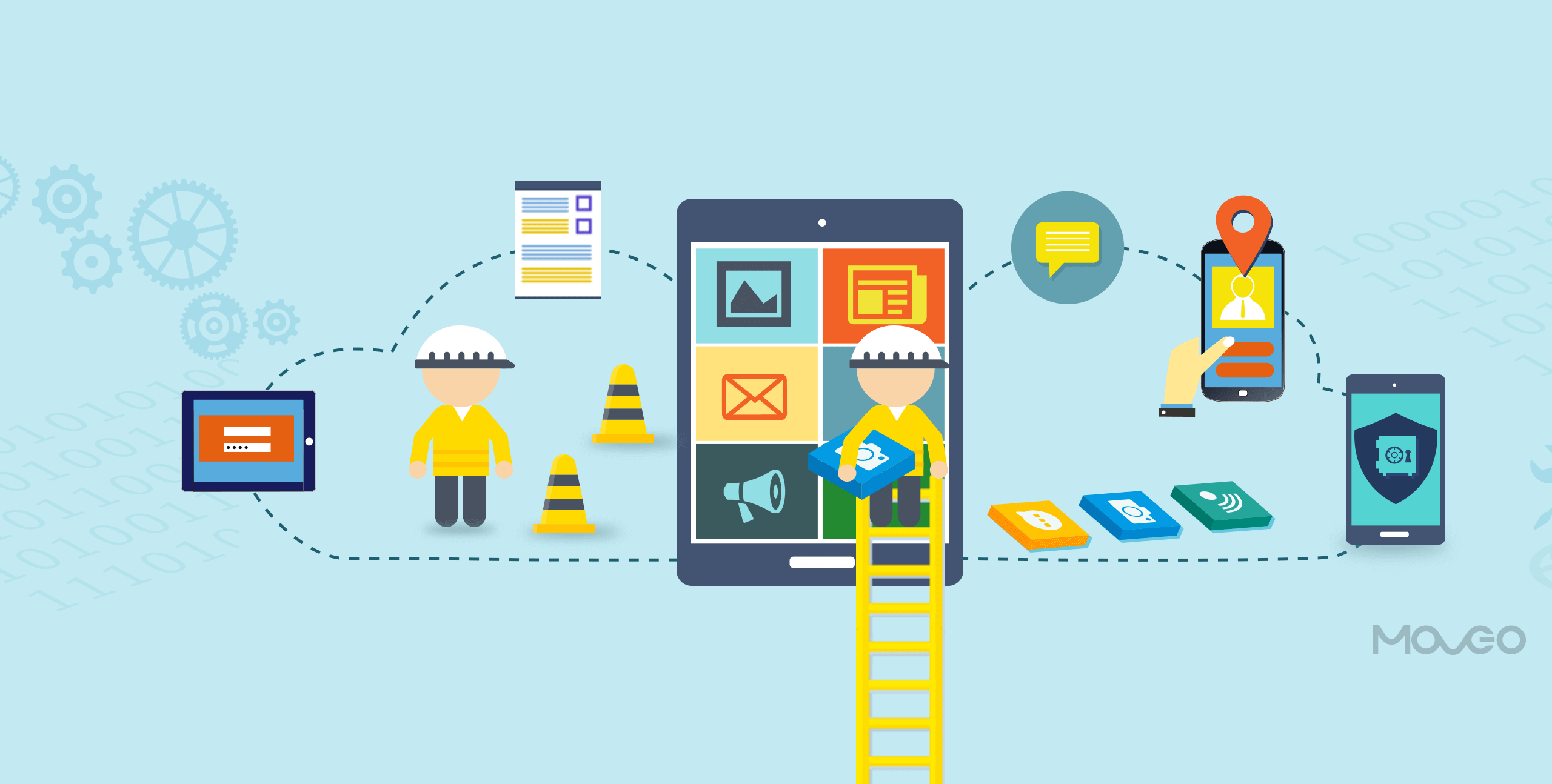 Mobile app development saw a number of groundbreaking changes in 2015. From wearables to the rising number of innovative apps, we inched closer to a mobile-first world. With cloud computing, IOT and enterprises gaining momentum, there are no signs of a slowdown for the next year at least.

The momentum is going to continue this year and the next, with some new trends in the forefront and maybe, some old trends with new innovations to boast about.
So, what exactly are the major trends that will shape mobile app development this year round?

Low-code development platform may not be the most recent buzzword to catch the attention of developers. It has been around for some time and is used for building and deploying custom apps rapidly, quickly surpassing the traditional approaches taken for coding.

For instance, if consumers take a liking to a particular type of app, they will feel all hot and bothered waiting for the next app to release. Hand-coding and taking the traditional route to developing the app will set back the delivery time of apps by weeks or even months, eventually making a rival app a clear winner. Why? Just because it arrived first.

No doubt, companies are scurrying for a rapid alternative to traditional coding platforms and looking forward to speeding up their projects manifold.

Low-code app development platforms also make frequent updates possible, which is much-needed when multiple bugs are found in the initial release of an app.

The stage for Augmented Reality or AR and Virtual Reality has been set. In fact, Goldman Sachs has predicted tremendous growth of the Virtual Reality Market by 2025. An analyst at the company said that the VR industry is slated to reach $80 billion by 2025 and will move beyond gaming and entertainment.

Along with these, Facebook’s acquisition of Oculus Rift, Google’s investment in Magic Leap and Samsung’s Gear VR, Google’s Cardboard and Ingress speak volumes about the rapidly growing technology. Add to this a total investment of about $700 Million in 2015, which clearly shows that virtual reality and augmented reality is going to have a bright future ahead.

Also, 360-degree video, and shoppable videos included in this mix will play a pivotal role in the development of apps.

Location-based services took some giant strides last year. Its popularity can be gauzed from the fact that a number of marketers are leveraging location-based data from their users’ smartphones to engage and interact with them.

A report from Juniper Research has an interesting take on mobile context and location-based services. It states that these services will rise from $12.2 billion in 2014 to reach $43.3 billion by 2019. This clearly puts the services at the top of the stack when it comes to marketing through mobile.

Beacons are one of the most commonly used technology used for location-based services. Apple’s iBeacon is already a household name when it comes to Beacon technology with other Beacon formats such as Google’s Eddystone coming up.

These can be used to generate personalized, custom and contextual services, which enhance customers’ experience and engagement with products and services. This, in turn, helps marketers maximize their business’s ROI.

It will be interesting to see how companies end up using location-based services in various apps and derive profits in the future.

Apple’s Siri, Google’s Google Now and Microsoft’s Cortana are some of the most well-known personal voice assistants. Apart from them, many other brilliant personal assistants are now available for use on smart device(s).

Guide to the best restaurants in a new city, shopping advice, reminders of a close friend or colleague’s birthday, prompts to avail a discount coupon etc. are some of the many things that make your life easy with these personal assistants in tow. You can also use them to book a movie, compare flight prices or know what you can cook up with limited ingredients in your refrigerator.

The quick, unbiased recommendations, conversational tone and simple user interface all add to the “friendliness” of these virtual assistants and lend them a human touch.
Surely, this is something that is going to leverage user experience and is definitely going to be earmarked by developers throughout the course of the year.

Enterprise apps are all set to gain more traction in 2016. It is pretty obvious from the monetary benefits that these apps bring to the forefront. Enterprises are encouraging BYOD and are willing to shell out more money for state-of-the-art apps to stay on the top of the game and guarantee maximum profitability for their business.

The rapid growth of mobile technology also comes with a backlash in the form of security lapses. No matter how advanced our smartphones and wearables get, there will always be the fear of security risks.

The following pointers act as eye-openers for mobile security risks:

• As many as 1,023,108,267 records were breached in 2014. (Breach Level Index).
• Ransomware is evolving at a rapid pace.
• About 25% of all mobile devices face threat on a monthly basis. (Skycure).
• There were 9 times more mobile banking Trojan attacks in 2014.
• There was 5 times more OS X malware in 2015 as compared to the combination of the previous 5 years. (Bit9 + Carbon Black)
• Approximately one-in-ten mobile security threats find its origins in “Free” WiFi networks. (Skycure)
• On an average, 2,000 malicious apps are installed on enterprise mobile devices. (Veracode)
• Jailbroken iPhones are sitting ducks for viruses and worms.

With all these security threats looming large, all the data generated on a daily basis are going to get affected massively. This includes both personal data and data exchanged in corporate settings.

Let us also not forget the fact that the security threats are also evolving along with the evolution of technology. This causes data and monetary losses, which may be quite severe in nature.

Naturally, mobile security will be a priority for app developers, who will take all the measures to make sure that their apps do not succumb to the known and possible security lapses.

These are some of the trends that are going to shape up this year and the next. What do you think of these trends? Or have any other predictions that you think will be a major highlight in 2016? Do share your take with us!

*We will send the checklist to your inbox and keep you updated with the latest trends and insights on app development to keep you on top of your game.
by Hiral Atha - Feb 10, 2016 Read the Post