Android Apps vs. iOS Apps: Which Are Better? 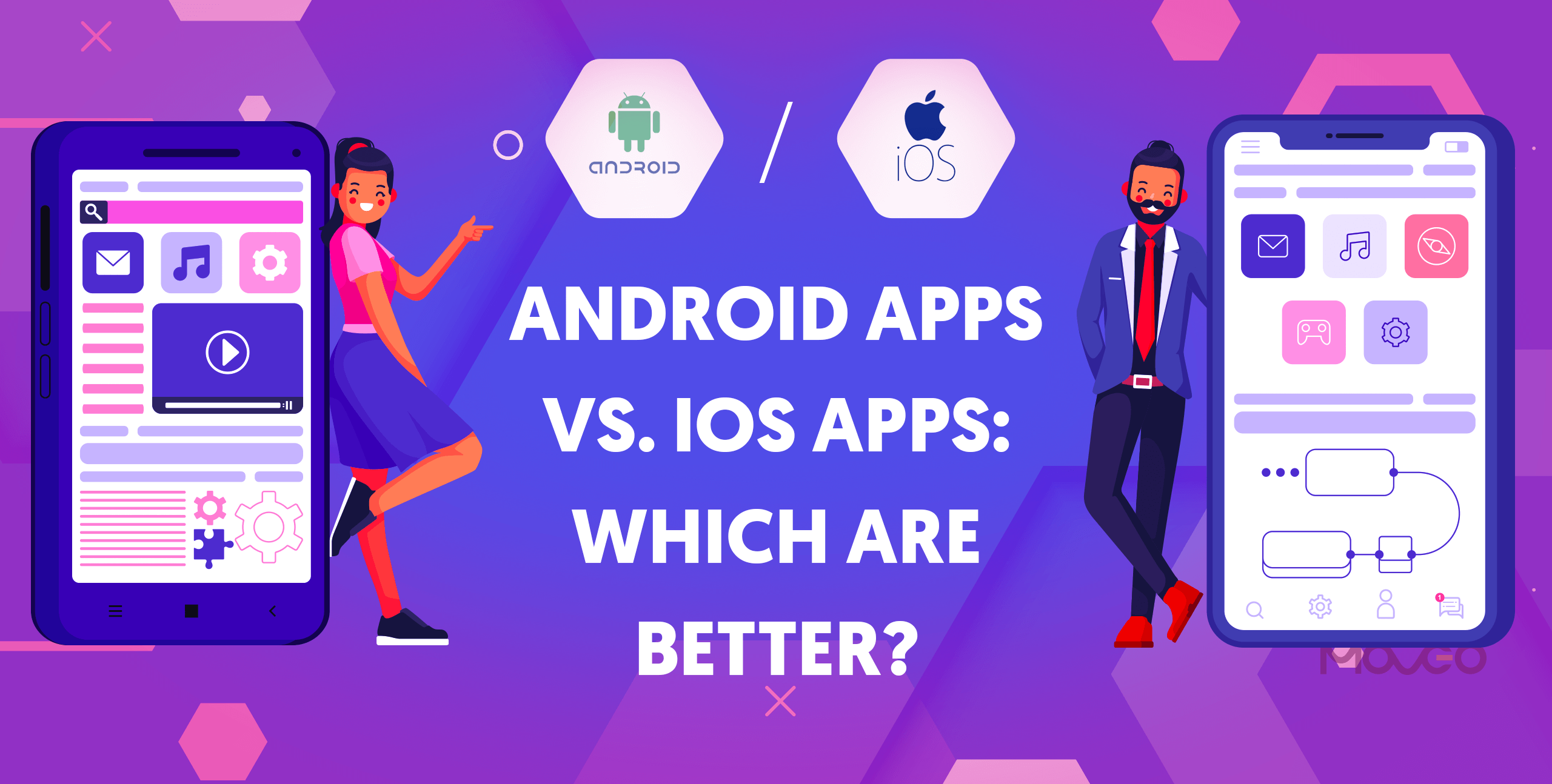 The demand for apps has increased as smartphones have become essential gadgets. In 2020 alone, a total of 218 billion app downloads were recorded. A clear sign that most people across the globe have been on the lookout for apps that can enhance their smartphone usage and improve their lives. For those who are looking to design a new app for public consumption the biggest question they need to ask themselves will be whether to design an app for Android or iOS. In this article we will focus on Android and iOS apps and which are better from a design and customer point of view.

The Demographics of the Users

The customer bases of Android and Apple smartphones are very different, due to the devices’ features and price points. Consequently, it’s important for you to consider the demographics of their users before creating an app that’s compatible with their devices’ operating system.

For instance, around 51.8% of American users own an Android smartphone while 47.4% have an Apple device. It is worth noting that Apple devices do not come cheap, so the people who use these devices are earning higher salaries. Android products, however, are more affordable and accessible to the majority of smartphone users in the world.

Contrasts between Each Phone’s Hardware

The smartphones’ hardware is a huge factor that can affect a customer’s experience with the apps. Your idea for the program may be great, but people may not install your app if it takes up too much storage space or even battery power!

The Apple operating system is powered by a single hardware vendor. This meant that the smartphone’s Apple Silicon chip features a high speed design that provides a better processor and graphics performance. Coupled with its operating system and physical batteries, the iPhone has a longer-lasting battery life that can handle long hours of gaming. On the other hand, Android operating systems operate on various kinds of hardware so the app performance can vary from one phone to another. Androids also allows users to expand their storage limit and download more apps by adding a micro SD card.

The Process of Developing Apps

Once you’ve considered the user demographic and the hardware of each phone, it’s time to look into the development process of the apps. The biggest difference is that Apple has greater limitations because it operates on a closed source ecosystem. All the apps made for iOS devices will be regulated by Apple, so the apps are much more secure. However, developers need to use specific iOS developing tools like Swift or Objective-C.

In contrast, the Android operating system works on an open-source ecosystem, which allows more modifications and improved functionality. To create apps, software developers can utilize popular programming languages such as Java and C++, plus development tools like Android Jetpack and Firebase.

Revenue From the Apps

Last but definitely not least, look into the revenue that your app’s predecessors have garnered from the various platforms. Though this will not be indicative of your app’s own revenue, it can help you gauge how much you may earn from your program.

Apple users earn more, so they tend to spend more on app purchases. However, the company is taking 30% of all sales from apps, and this has caused a lot of fury and even lawsuits. On the other hand, Android apps primarily rely on ads for revenue. A designer will need to take into consideration how their app with generate a profit when they choose which system (or both) to place their app.

Each operating system offers a lot of pros and cons for app developers. Before plunging into the creation process, consider these key differences so that you can create an app that users will enjoy and support.

*We will send the checklist to your inbox and keep you updated with the latest trends and insights on app development to keep you on top of your game.
by Hiral Atha - Aug 9, 2021 Read the Post