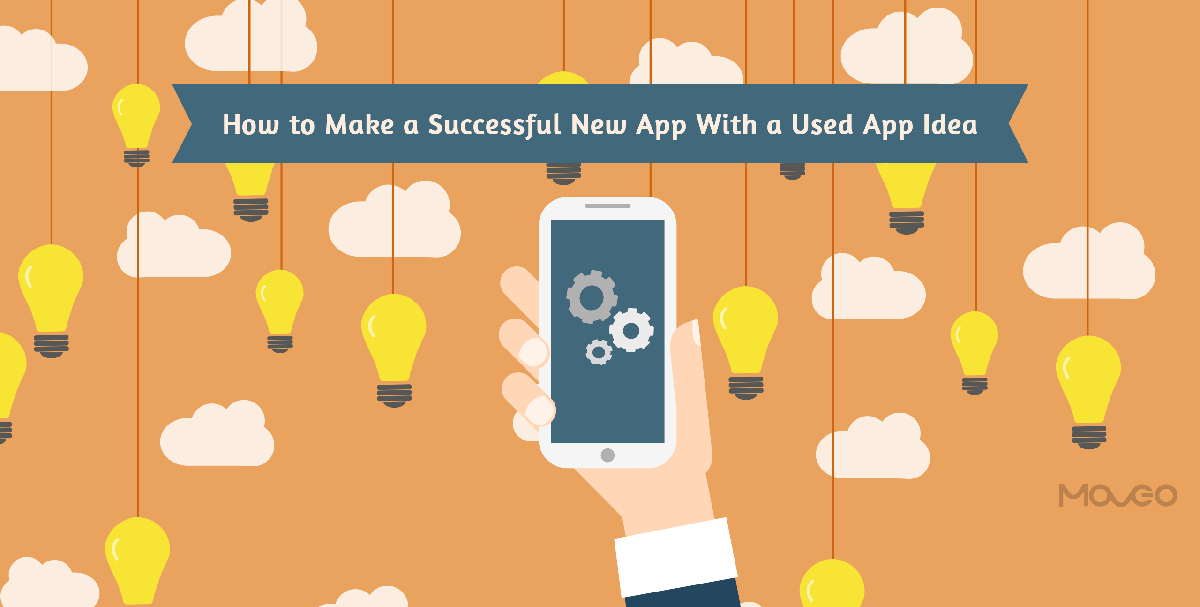 Google wasn’t the first search engine. Facebook wasn’t the first social network. Instagram thrived even though people had been sharing photos all over Facebook for years before it. So if you have an app idea but the likes of it already inhabit the app stores, don’t let that stop you from making it anyway. Building a successful app takes more than just an idea. It takes vision, execution and perseverance. So yes, what I’m saying is that if you want to make a killer music streaming app, you should, even though there already are a dozen of them. You can always make one better than the existing ones and become the top app in your category. Yes, it’s possible.

How about a little backstory on some of the biggest apps of today?

Given the ubiquitous nature of search engines today, it’s hard to believe that there was a time when all webpages were just individually indexed and had to be searched by their www address. But that’s true, the Web became publicly accessible in 1990, but the first engine showed up only in 1993. And no, it wasn’t Google. In fact, Google stepped into the game only in 1998. There were at least 20 other search engines before Google and you probably remember Alta Vista, Web Crawler and of course, Yahoo! and AOL. If being the first to get the idea was the only scale to success, any of those early search engines would have been at the top today and not the late entrant Google.

Yet Google rose to the top, because it did it better than the others. As the pages on the web exploded, all these other search engines couldn’t keep up, while Google developed a ranking system that was far more comprehensive and consistently brought better search results.

Not only was it not the first idea of its kind, it wasn’t even Zuckerberg’s own idea, if you believe the Winklevoss Brothers. Legalese aside, Facebook wiped out names like MySpace, Orkut, Friendster and many others to become not just a social network but a worldwide phenomenon. Facebook did not have a first-mover advantage, but still managed to rock the world, because of not one thing but years of evolving. A modern minimalistic design, a super-intuitive news feed that is addictively engaging, great photo sharing capabilities, easy accessibility and the Facebook API that allowed it to connect will almost all other sites on the web, making Facebook omnipresent and often the easiest one-click sign in on a slew of shopping, entertainment and other sites.

And that’s what it did. Services like Flickr were already celebrating photography in a big way. Hipstamatic was already a world-class photography app and Apple’s original app of the year. Facebook and twitter were full or shared photographs. All Instagram did was make the entire process so much simpler. It truly leveraged the mobile-first revolution and made clicking, editing, uploading and sharing super easy and quick. It kept the design sleek, simple and modern, making a photographer out of anyone who has a smartphone. Sharing brought likes, which encouraged more sharing and the combination of visual appeal and social approval made users fall in love with the app. And that’s how Instagram became a sensation, by not doing anything new, but doing the old really really well.

The emphatic takeaway here is that successful app businesses are built on more than just a breakthrough idea. If you have enough conviction and innovation in your mind, you can take a really old idea and put a fresh new spin on it with panache. You can make an app that offers a better experience than the current players in the market. Having watched the game before, you can leverage their strengths and mitigate their weaknesses to make a near-flawless experience that is fine tuned to the latest trends and newest audiences. Since you don’t have the weight of legacy or burden of incumbency to bear, you can take a whole new approach and make a grand success with your app.

To help make things easier for you, here are a few things you can do to make a used idea work for you and rise above the current rivals:

In many ways, working with an idea that’s already been done before is a great advantage. You already know the market and its expectations. You know what your prospective users expect, what they already have and what more they’d like. You need to look very closely and find the pain points that consumers experience with the current apps. Now eliminate these pain points with features.

If you are serious about building an app, you probably understand that design will be the big differentiator that could set you apart. Like Instagram did, make it stupidly simple to get things done. The lesser your users have to work, the better they like the app. Eliminate all the clicks you can. Place important buttons within the thumb’s reach. Stay clean and minimal.

You don’t have to go global from the launch. To be conservative, you should focus on a strong niche market by offering something very specific that a lot of people really value. This will help you develop a strong and loyal brand following quickly. You can push the envelope once you have a foot in the door. Expand to newer markets, add new features and evolve as you grow. But at first, work really hard on a focused market.

Maybe users love the current apps but hate the in-app advertising. Maybe you could give them an ad free experience and come up with a better monetization model.

If you are really passionate about your idea, go for it. That, in a nutshell is my advice for you. Of course, follow the above points, do your research and make your app better than the currently available options. And then, it really doesn’t matter if a dozen people have already made an app with the same idea. Yours could be much better, and eventually more successful, like Facebook, Instagram and Google.

Let’s make something new from old

Don’t put off your app ambition just because another app uses the same idea. Get in touch with us and our experienced developers will find a way to make your app new and unique with innovative features that vow your audience.

*We will send the checklist to your inbox and keep you updated with the latest trends and insights on app development to keep you on top of your game.
by Hiral Atha - Mar 22, 2019 Read the Post